Java version 8 64-bit should be installed on the system, either as JDK or JRE, with JavaFX libraries.

Liberica JDK is known to work well for SimStadt:

Installations for macOS or Linux are available here, for example:

INSEL 8 : Software for simulation, monitoring, and visualization of energy systems

INSEL is used as the engine for multiple workflow steps, and should be installed before SimStadt is started.

INSEL is now freeware, and can be downloaded here. (mirror)

SimStadt is in constant development.

Here's the most recent version.

This zip file can be extracted anywhere you want, and contains executables for Windows (SimStadt.bat), Linux (SimStadt.sh) and macOS (SimStadt.command). 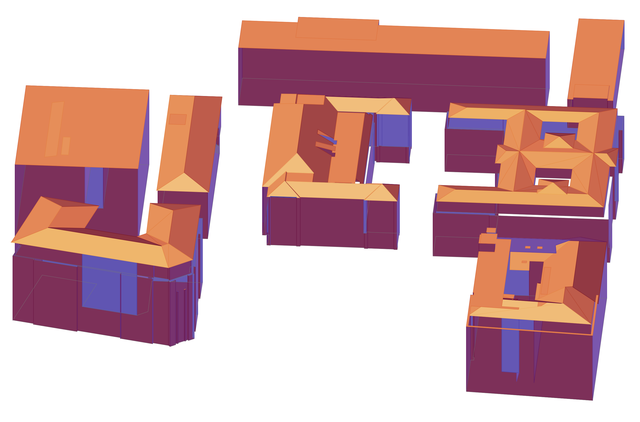 Gnuplot is used by some workflowsteps (e.g. Visualization) for visualization purposes.

It can be downloaded here. (mirror)

FZKViewer is a software tool for the visualization of semantic data models from the fields of BIM (Building Information Modeling) and GIS (Geographic Information Systems). The focus here is on open standardized data formats.

FZKViewer is developed by KIT and is a usefool tool in order to visualize or check CityGML files. It can be downloaded here. (mirror)

Simplified Radiosity Algorithm is required by IrradianceProcessor for shadow calculations.