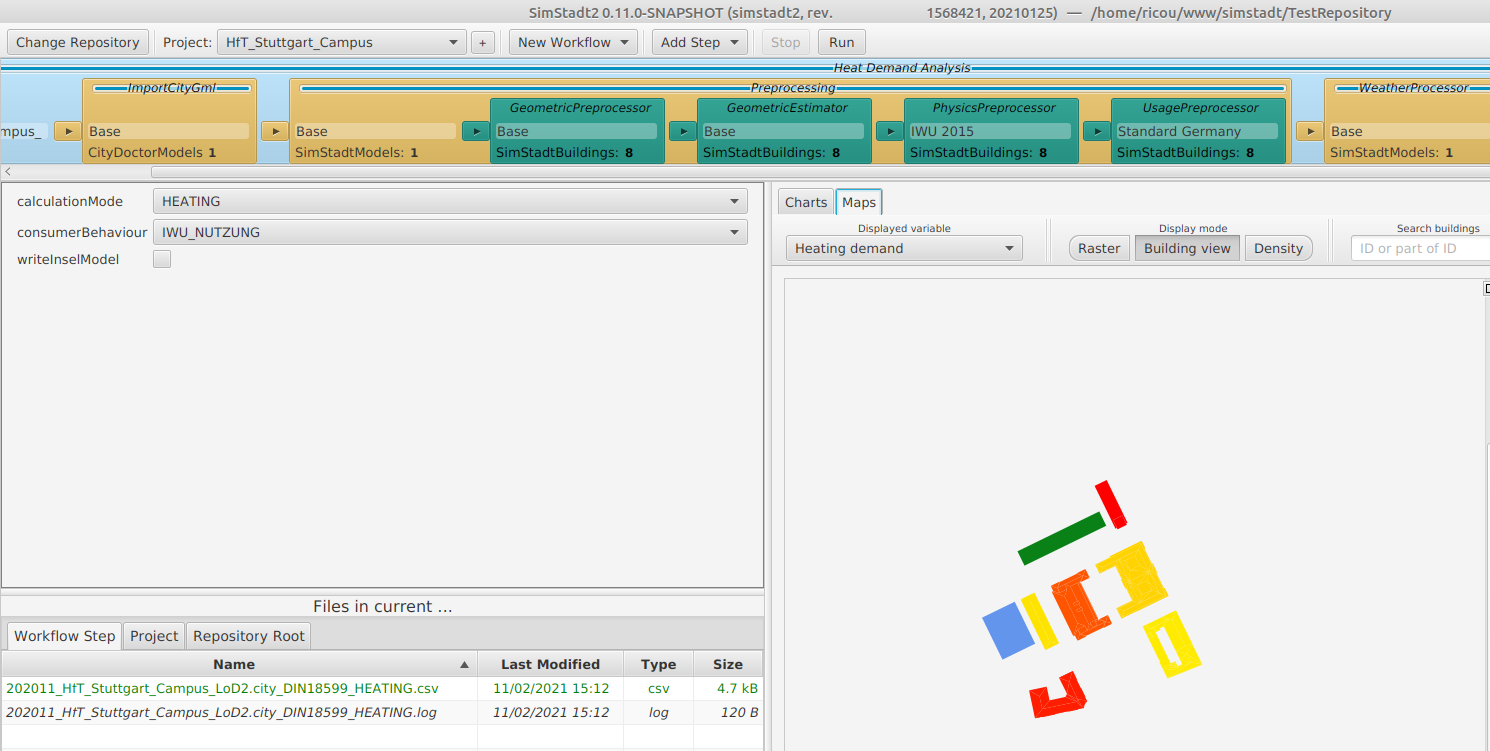 A new data model is actively in development, as a branch of SimStadt. Goals are:

More development and testing are needed before this version replaces the current one. The simulation results from both versions should be close to one another, but some variations are expected.

A release can be downloaded here.