SketchUp is a 3D modeling computer program for a wide range of drawing applications such as architectural, interior design, landscape architecture, civil and mechanical engineering, film and video game design.

SketchUp Make (as opposed to Pro) should be enough in order to export CityGML models. A license is only required for commercial use. 2017 is also the last version which should work correctly with old graphics cards. 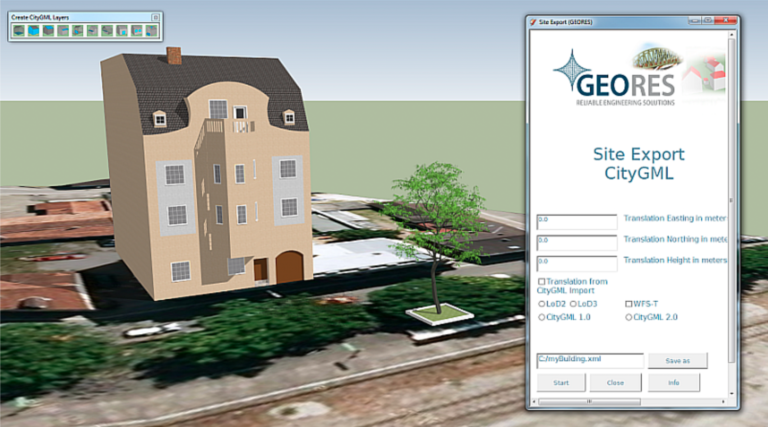 It is possible to import/export CityGML files in SketchUp thanks to GEORES plugin:

The GEORES SketchUp CityGML Plugin allows to import and export CityGML files. It also provides functionalities to annotate meshes and faces with the according CityGML classes and attributes. The code has originally been developed by Wolfgang Sach and distributed by his company GEORES. In 2018, Wolfgang stopped development on the project and released the code as open source. Since 2019, the GEORES Plugin is free to use and released under the MIT license.

Code and installer are available on GitHub/GeoplexGIS/geores. (mirror)

It is also possible to add buildings to an existing CityGML file.